Sorry to seemingly disappeared and not posted for awhile, but I’ve been on adventures further afield. For the past 10 days I’ve been touring the northern Scotland coastline in a motorhome on the North Coast 500 – a 516 mile scenic route starting and ending at Inverness. The NC500 was launched in 2015.

We picked up our dinky little motorhome from Skipton in Yorkshire, mid morning and despite a brief scare, when the motorhome owner failed to meet us at the appointed time (luckily he appeared, looking slightly stressed some 30 minutes later, full of apologies and we sighed a huge sigh of relief) we headed north onto the M6 motorway to Inverness, some 344 miles or nearly 6 hours away. We gritted our teeth and put our foot down, well as much as the motorhome would let us.

We didn’t get very far. At Shap, a long straggly village just off the M6 in Cumbria, is a fantastic little cafe called Abbey Coffee Shop on the main road through, that does a stonking full English breakfast. As it was lunchtime, we settled for a chicken and mushroom pie with mushy peas and gravy, a slice of flapjack for pudding and a steaming mug of coffee. Just what we needed and would sustain us for the next few hours of endless and monotonous motorway driving ahead of us. We just can’t pass Shap without calling in and it’s so much better than the overpriced and overcrowded motorway services.

We continued up, crossing the Scottish border at Gretna Green and the motorway changing its name from the M6 to M74. I like this route. The rolling countryside gives way to wild moorland and high fells as the motorway snakes it’s way through the valley. It’s a classic geography lesson with railway line, river and power lines chasing each other through the wild landscape, mankind’s mucky handprint firmly felt. Huge wind turbines gather on top of the fells, turning lazily, standing above acres and acres of managed pine woodlands that cling to the sides. Little farms and scattered houses look isolated and bleak, despite the thundering motorway. It’s a fascinating landscape that never fails to get me thinking.

We started to enter Glasgow’s outer suburbs and changed motorways, veering eastwards and northwards, passing Stirling, Perth and Aviemore on the A9 trunk road. The landscape has changed again, more rolling hills and arable farmland, then bleak, wide moorland around Aviemore and finally dropping to the outskirts of Inverness and the campsite for the night. We had done it, with brief stops for fuel and letting The Dog have a wee and a stretch of legs. The Ardtower campsite overlooks the Moray Firth and we enjoyed splendid views. 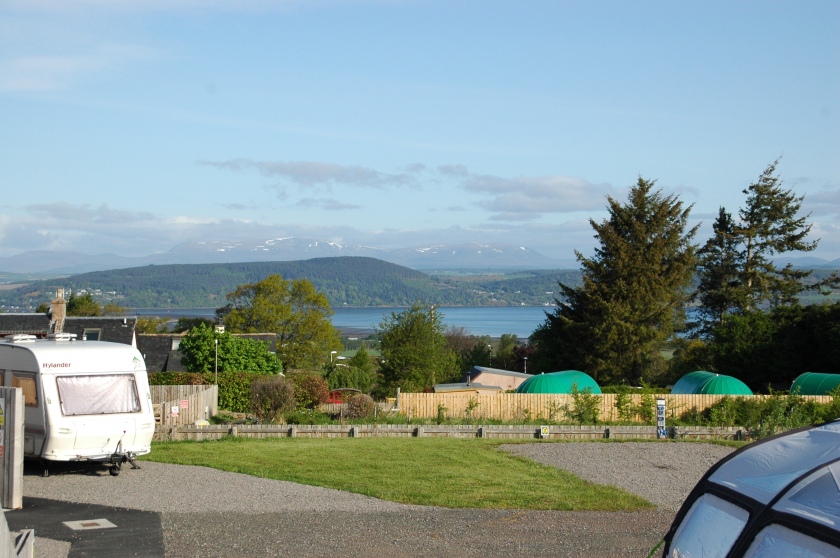 We had a quick tea, and decide to walk out towards the Culloden Battlefield, along the main road and through a small woodland. Culloden was a battle between the Jacobites and the Government in 1745 resulting in high casualties to the Jacobites. The site was closed, but we were able to access the battlefield, with red and blue flags highlighting the respective front lines, a small towers commemorating the battle and stumpy gravestones engraved with the names of the clansmen. It was fascinating to wander around and we would of stayed longer, but the light was fading and we needed to negotiate the country lane again. Anyway, bedtime was calling too. 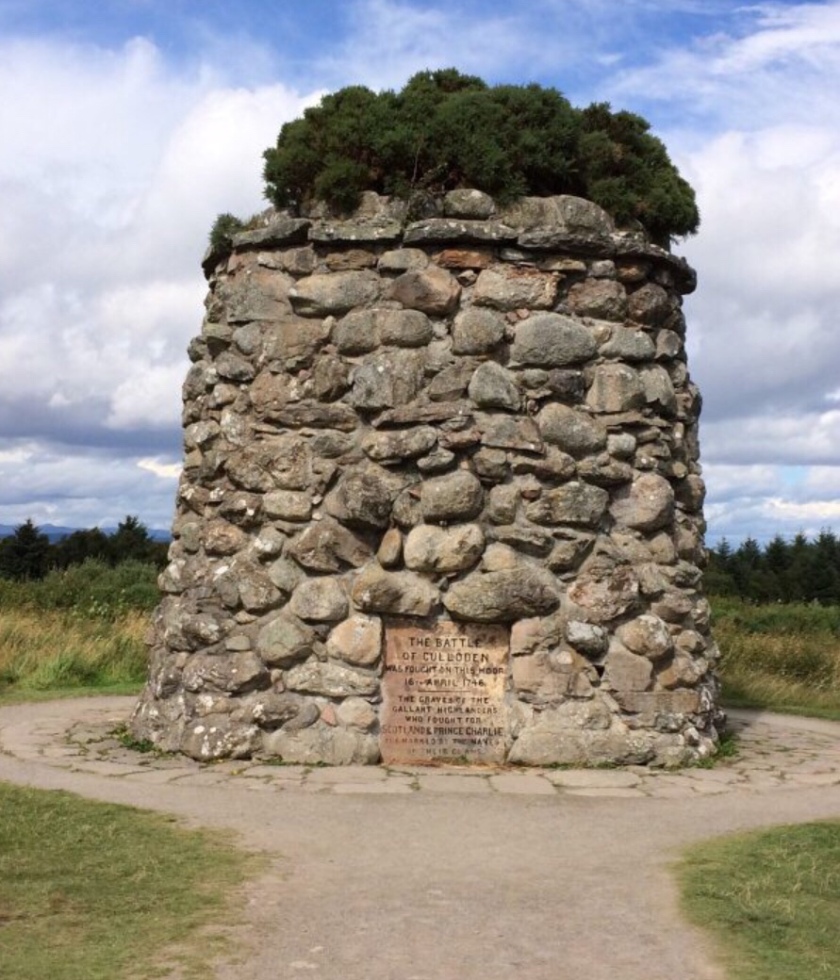 We made up our bed by converting the seating area into a double bed, ushered the dog under the dashboard (not impressed). You have to be incredibly organised and tidy in a motorhome (as we learnt from last year’s expedition to Devon and Cornwall) and once we had nested, we crashed as soon as our heads hit the pillows. A good start to the holiday.

Tomorrow, our first miles of the Scottish 500 proper, heading west from Inverness towards Applecross on the west coast.