Okay, it’s not quite north west England, but it is a path to somewhere and today I’m in Derbyshire.

I was hanging out with relatives and with the dogs requiring a walk, we headed to the west side of Chesterfield and onto the edge of the Peak District.

We parked up in the designated car park, paid £3 to park for as long as we wanted and wandered down some steps on the start of our walk. It was a bit overcast, one of those days, where the weather is not sure to be cloudy or to brighten up with wall to wall sunshine. It kept tantalising us with bursts of autumn sunshine that lit up the surrounding trees with their tints of greens, golds and yellows.

There’s a main path that follows the edge of the reservoirs – there are three that cascade down – through green tunnels of trees. There are other paths that lead off from here, but we didn’t have the time or inclination to investigate them. The dogs were in heaven with water to swim in and woods with squirrels. Luckily, the water held more fascination for them today and the squirrels were left in peace. 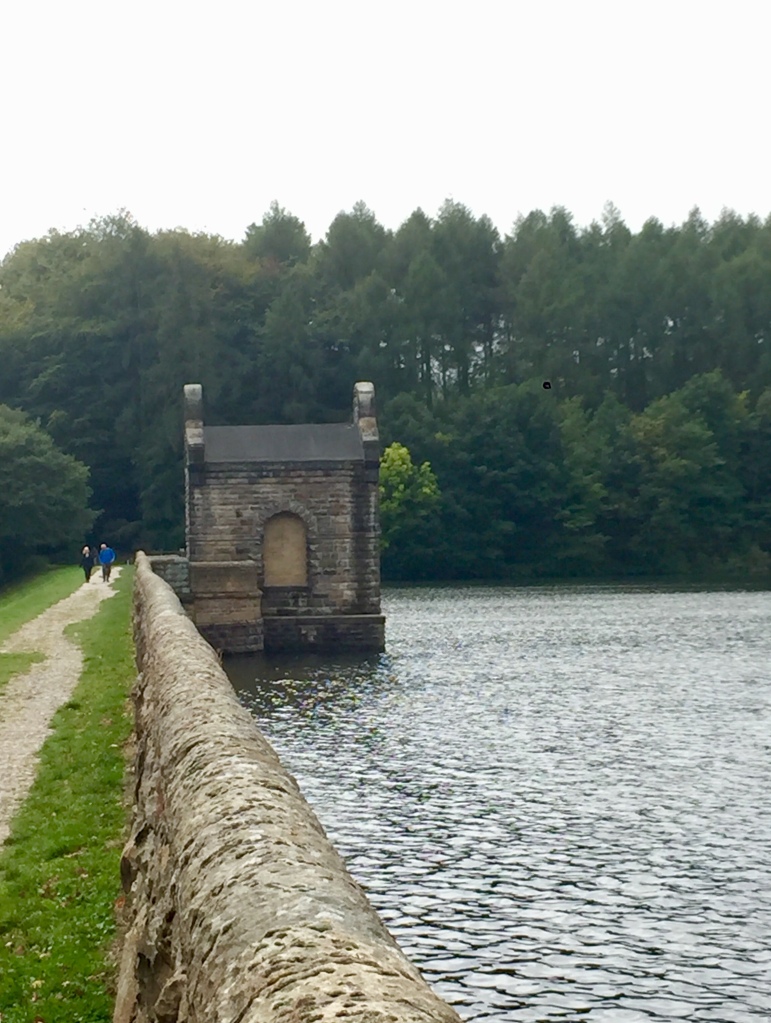 Linacre Reservoirs were built between 1855 and 1904 and together hold about 240 million gallons of water (don’t ask me what’s that in litres – it’s just a helluva lot of water). 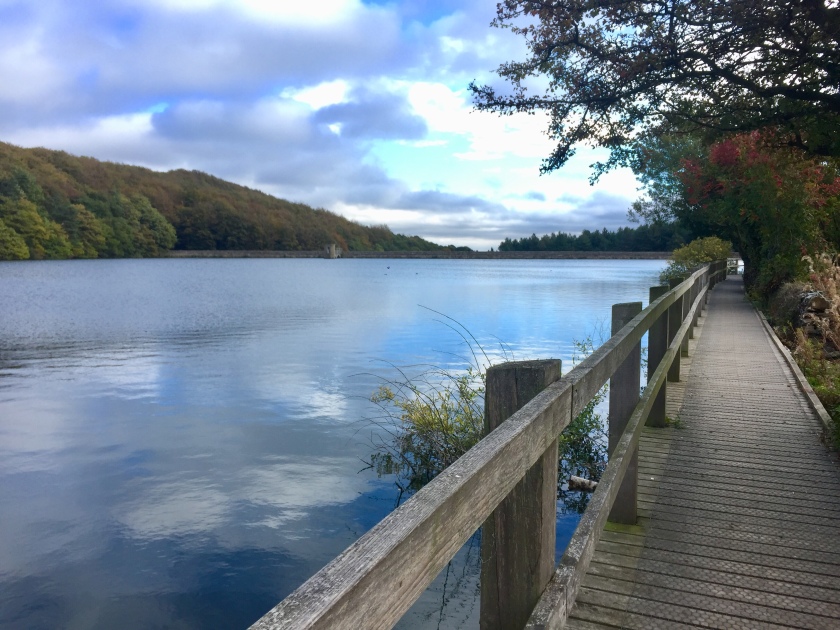 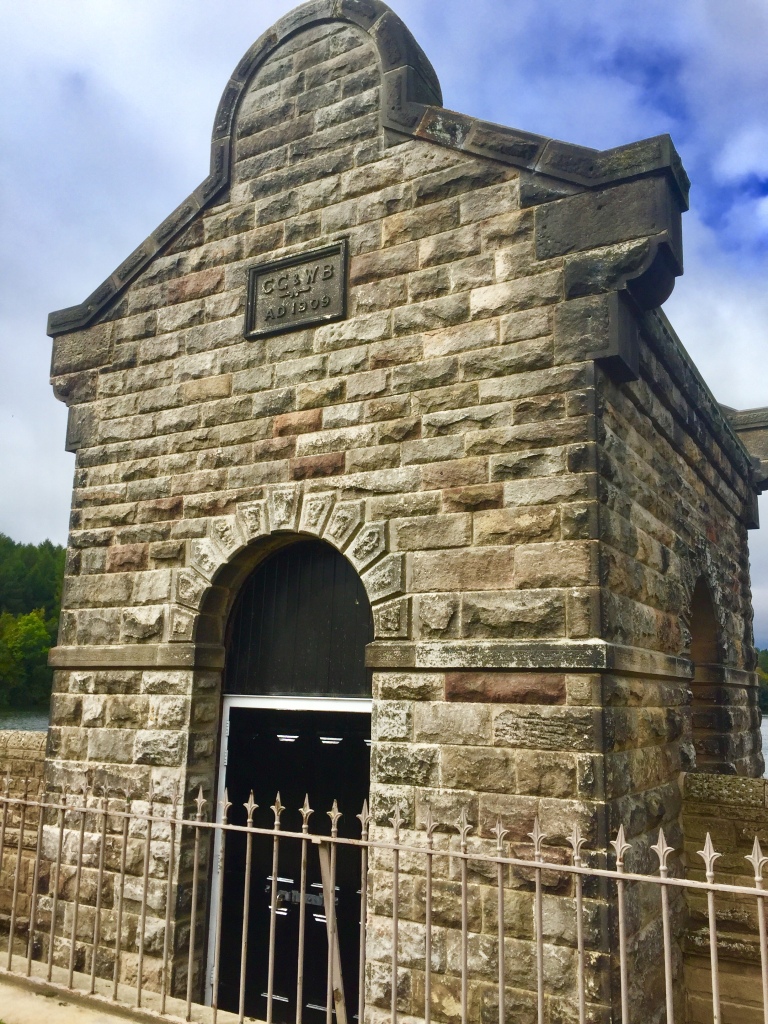 Linacre seemed to have clues that it had an industrial past with stone gate posts and bricks poking through the paths. We did a bit of Googling and discovered that it was once a site for lead smelting back in 1596. Again, nature has taken it all back and there’s little evidence of this industry ever being there.

We continued our walk, with the dogs swimming after sticks, admiring how lovely it all was. There were other people exercising their four legged friends, but they were few and far between. (I can’t vouch for any other days especially weekends). It was just lovely and tranquil.

Now I will just shut up and let you admire the rest of the photos I took. 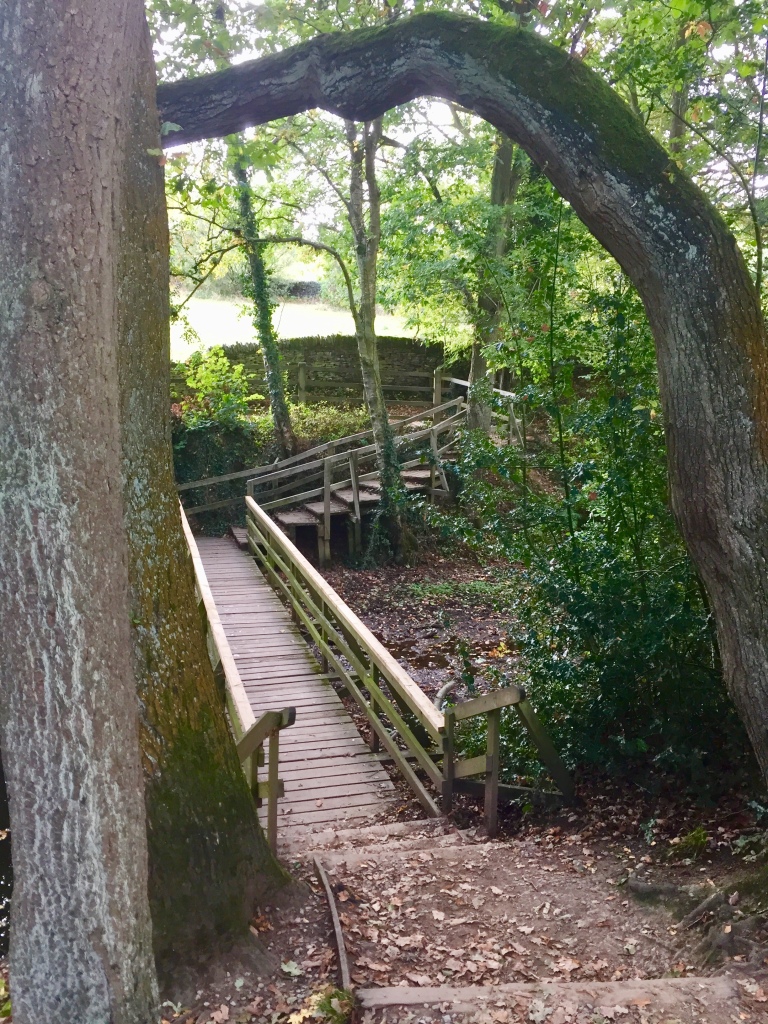 I just love these carved out information boards – they are so different from the standardised plastic cheap boards. There’s a lot of work been put in on this one (can you imagine making a spelling mistake anywhere????).

And finally a long distance view across towards Chesterfield nestling in the valley. 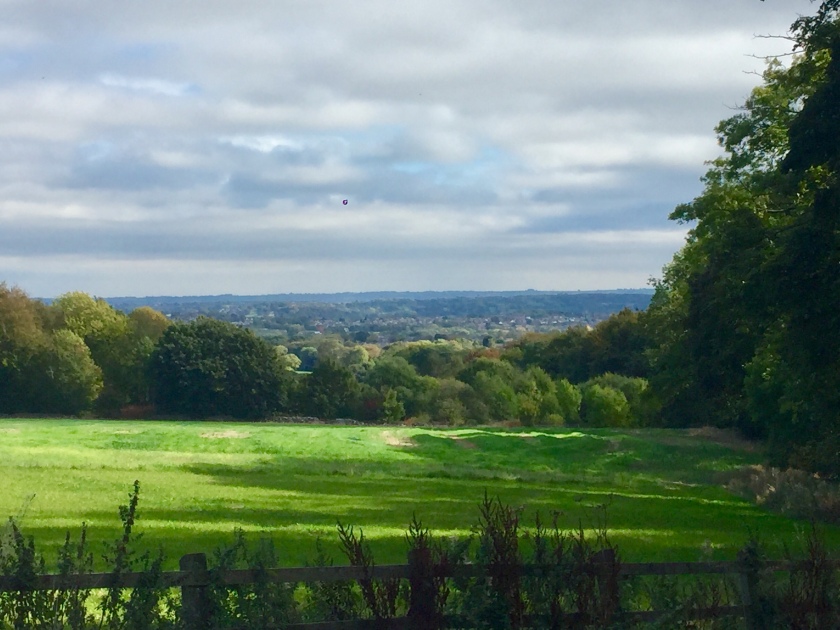